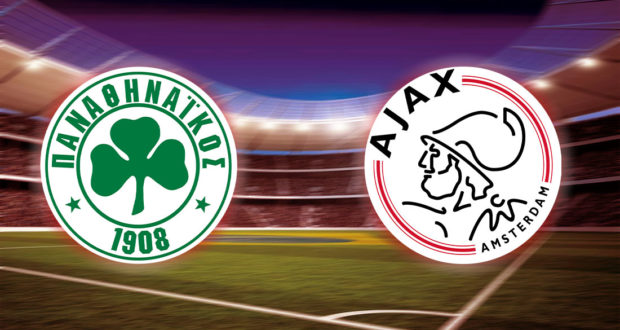 Ajax is prepared to head to Stadio Apostolos Nikolaidis, Athens for the first match in the group competitions in the UEFA Champions League against Panathinaikos. The game will take place on Thursday, 15 Sep 2016. The sports event will give Ajax, a second encounter with the Greek teams after battling PAOK in the qualifying rounds.

Panathinaikos has kicked off their Europa campaign on a good note. Panathinaikos has maintained an unbeaten run in the last games in the European competition. However, the club failed to proceed after the playoffs last season. In the last six matches, the club has had four wins, one draw and one loss. In the Europa playoffs, the club beat Brondy 3-0 in the first leg and drew 1-1 in the second leg. The aggregate in the two games totaled to a 4-1 win over Brondy. In the third qualifying rounds the club beat AIK 1-0 in round one, and 0-2 in the second round. The club also had a thrashing 0-4 win against Zwolle in a friendly match. The team will want to remain unbeaten in this fixture.

Ajax is a football club of Dutch origin. Ajax reached the group stage in the UEFA 2015/16 season. The club has a history of appearances in the Europa competition. The last six fixtures, they have won twice, drawn in three and lost in one. In the playoffs, Ajax drew 1-1 in the first leg against Rostov; the Russian team, but later had a frustrating defeat 4-1 in the second leg. The team won against PAOK 1-2 in the first round but drew 1-1 in the second round. In the domestic league, Ajax won 1-3 over Sparta and drew 2-2 against Roda. Ajax has faced stronger teams in their fixtures.

The teams last met in the year 2015. Ajax won against Panathinaikos 2-0 in a friendly match. There are no other notable encounters between the sides. The game will be intriguing, one that both sides are awaiting.

The possible team line-ups for this match are:

Prediction: Draw or away win.