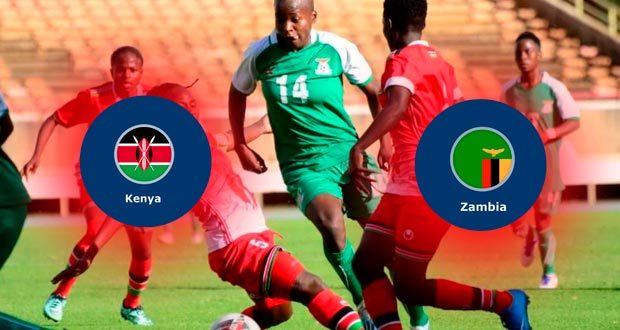 Kenya has a national football team which participates in all the international leagues and matches. The team is known as Harambee Stars. They play for the FIFA World Cup as well but haven’t been able to qualify for it.

However, as per the latest Football news, on 9th October 2020, the defeated Zambia National Team in FIFA Friendlies. While it is not a big thing, but it is still a victory.

In the Friendlies match, Kenya scored two goals while Zambia managed to score only 1. It resulted in Kenya’s win. Zambia also has an equally strong team. Previously, they have defeated Kenya, but this time Kenya turned the tables.

From Kenya, Nyakeya scored the goal in the match. On Zambia’s side, the goal was made by Chabula.

Kenya scored both the goals before the half time while Zambia managed to achieve the goal just before the full time.

There have been a total of 5 matches between Kenya and Zambia. Out of all those, this is the first match won by Kenya. Zambia won two games against them while the other two were a draw.

Timothy Otieno from Kenya got a yellow card in the game. He committed a bad foul in the game.

For the friendlies match, Kenya only got three days of training. However, the coach feels like it was sufficient to win the game. The name of the team’s coach is Francis Kimanzi.

The team got late permission to start training. The training took place at Moi International Sports Complex. Because of Covid-19 pandemic, the government did not allow them to train in the complex since the beginning.

Although they got limited training, they turned out victorious in the match. Almost everyone was pretty confident about their performance.

On the other hand, Zambia was in too much pressure to win this match after they defeated Malawi on Wednesday.

The friendlies match was hosted at Nyayo Stadium. It is just the beginning of the international matches which will begin from November. Most of the players in Kenya National Team are from the Kenyan Premier League.

In the year 2019, the Kenya National Team played a total of 3 matches. Out of all the matches, they did not win a single of them. This is the first match they have won in a year.

The first match was on 13th October between Kenya and Mozambique. It was a friendly match. Kenya lost that match to Mozambique. They score zero goals compared to 1 goal made by the other team.

The second match was between Kenya and Egypt. It was the Africa Cup. The match took place on 14th November 2019. It was a tie. Both the teams managed to score one goal each.

The third match was between Kenya and Togo. It was for the Africa Cup. As the second match, this one was a draw as well. Both the teams managed to score a single goal.

This year, Kenya got a good start. They won the recent match against Zambia showing that they are ready for all the international matches in November.